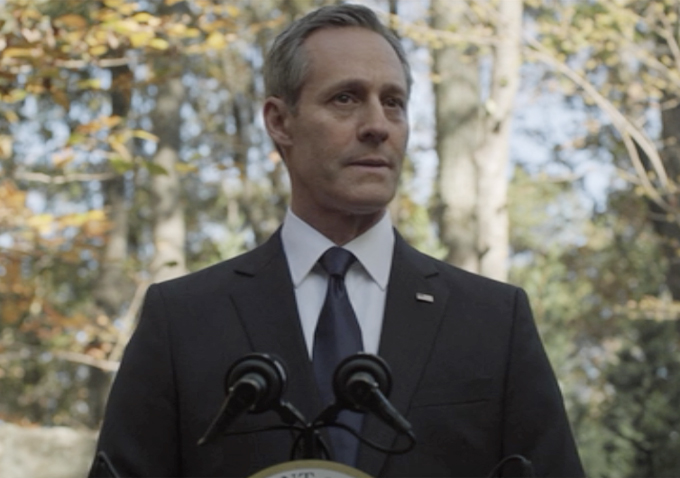 This series is a primer for how things are done in Washington, DC. GREAT writing! I'm binge-watching from the beginning to get ready for the final season. Sad to see it end.

Sadly no spinoff can be based before the original, since Underwood would have to be recast. Could work for adolescent/young adult Underwood, though.

Notice that all murderers in this series were committed by those who were unsolved? Everyone--Frank, Doug, or Claire and whoever killed Lee Ann--got away with it, and except Claire, died off. It isn't even crystal clear how Frank died. This season, of all seasons,throughout my having seen every season and every episode, has been an unrealistic and disturbing way to write a series.

In a book, I would like to see someone--which means the only one yet alive, Claire--pay for her three murders. The sixth season's trite, badly written scripts, dialogue, and tintype villains including Diane Lane's bad portrayal of an overdone ultra-rich bitch and Doug Kinnear of all people, a good actor--both of whom, without Frank, were weak, disgusting and disappointing, showing that House of Cards' writers were grasping at straws. To top it off, Claire was behaving badly and out of character as president to say the least. In a book, if it is written by a proven talent, she should get her just desserts. There were too many loose ends.

What do you think?